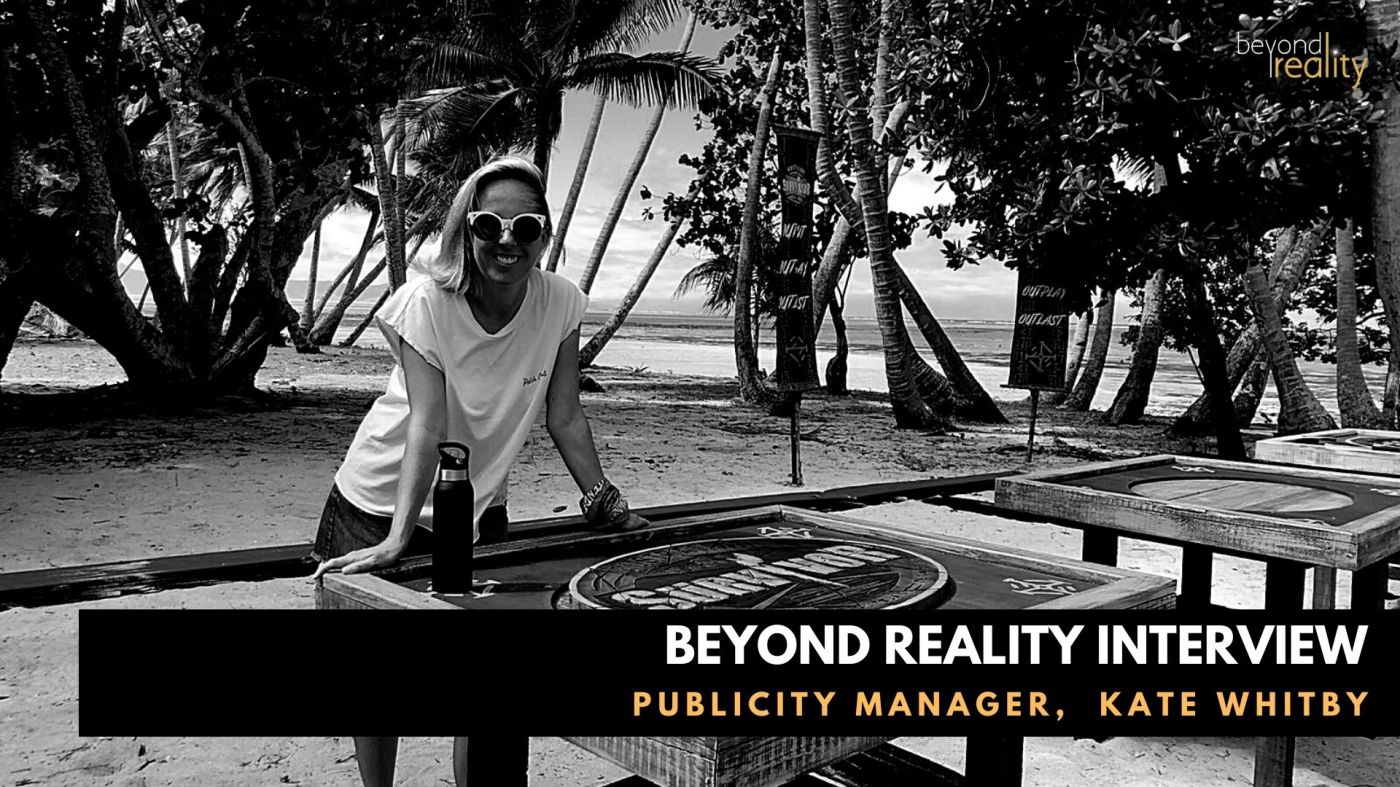 As part of the Beyond Reality interview series, I interviewed publicity manager Kate Whitby, whose slate of shows has included, The X Factor, Australian Survivor and Lego Masters. I chat to Kate about her early career as an entertainment reporter for Dolly Magazine, what it’s like to work with radio royalty Kyle and Jackie O and the always unpredictable life of a TV publicist.

Not necessarily. I kind of always wanted to work in media. I started off as a journalist working in magazines. Reality TV was kind of a weird side thing that came along. Media was always my interest first of all.

I went to a College called Macleay College and I did a Diploma of Journalism which I thought for me was the best way to get into it. It was a one year course and you learnt all sorts of stuff from writing stories and doing TV, radio and print and also learning short hand and learning how to type and stuff like that, so it was actually really quite cool. Part of that course was you had to do 1 day a week of work experience in the industry and I got a job once a week at ACP which used to be the mecca of magazines back then, which is now Bauer media and so I started doing work experience there and did that for a year and just kept rolling on from that.

After working your way up at ACP to Entertainment Editor for Dolly, you transitioned into a career in publicity where you worked as a publicist in events, fashion and radio. What was your first job in TV?

I’d been working in radio for about three and a half years and the opportunity kind of presented itself to work at Channel 7 and I was like ‘that’d be cool! Why not?’ I worked in publicity on a lot of what we call “shiny floor shows” like X-Factor and Dancing with the Stars.

What is the weirdest thing you’ve done in television?

When I did X Factor, Mel B – Scary Spice, one of her contestants was from Dubbo and for that show they’d do home visits, so we went to Dubbo with this contestant and Scary Spice – hilarious, not her scene at all! And we went to this local pub and all these locals were just hanging out. Obviously, anyone coming to town that is famous is a big thing but a Spice Girl is just ridiculous and they had the local cops turn up and it was really fun and Mel was loving it but then she got way too excited and got talking to the cops and they ended up handcuffing her as a joke and then realising that they didn’t have the keys for the handcuffs and it was like over an hour drive to the police station! So just sitting there with Scary Spice in handcuffs, at this pub in the middle of Australia just thinking, ‘What is happening? Like this is weird…how did this happen? What world is this?!’ So yeah that was a weird one!

I think the best way is experience – just getting in there any way you can to learn on the job. You just kind of learn on the job so I’ve always found that experience is the best way to do it and that’s how you meet contacts too. If you want to become a unit publicist in television, you should definitely try to get some experience working for a network first.

Want to hear more stories from the people behind the TV shows you love? Check out my interviews with Supervising Control Room Producer and Story Producer, Alex Spurway or Line Producer, Michelle Gauntlett.