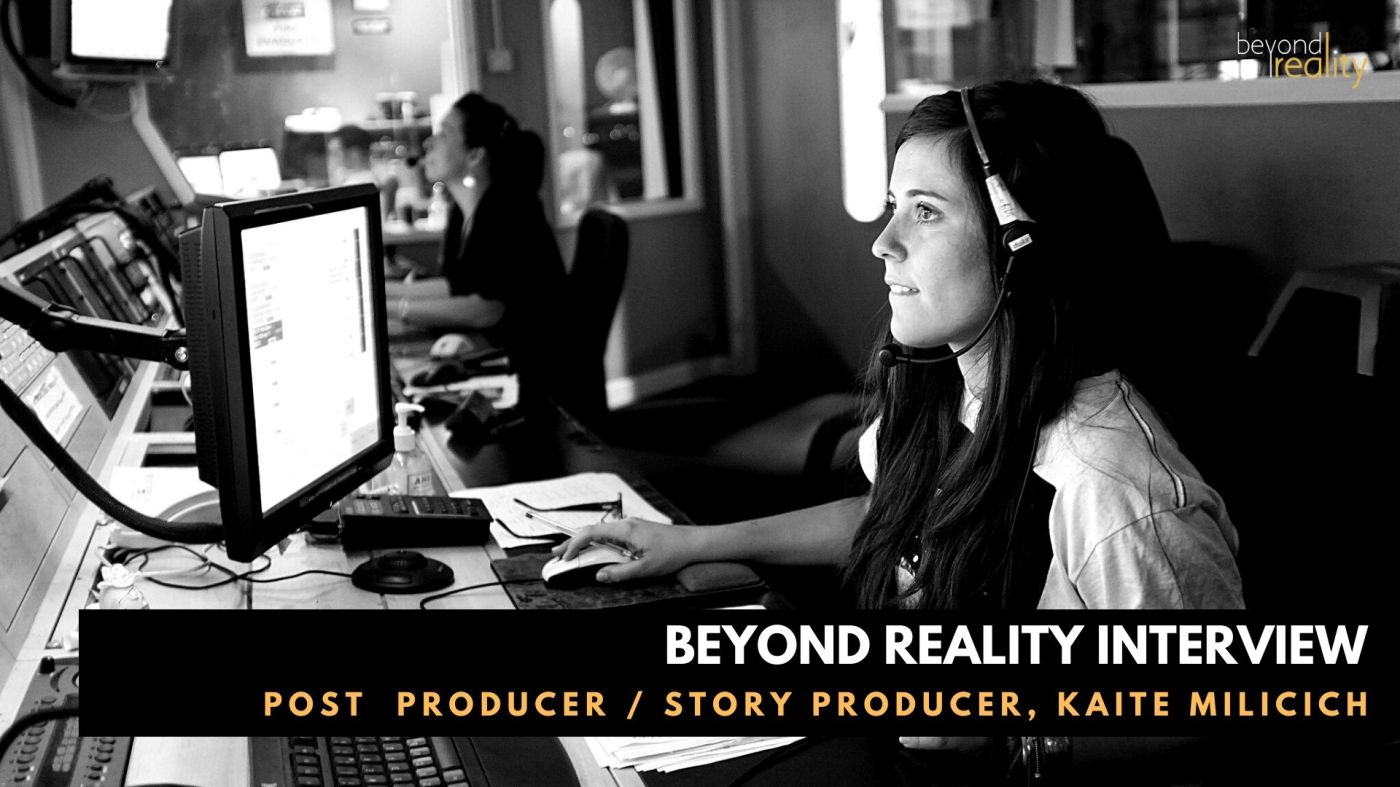 As part of the Beyond Reality interview series, I interviewed Kaite Milicich, a story producer and post producer who has worked on shows such as Married At First Sight, Australian Survivor and Lego Masters. She shared her story of starting out in TV and how she balances the unpredictable world of field producing with the more structured environment of post production.

I think from an early age I knew I wanted to be creative. I was drawn more to arts and drama subjects rather than the maths and science. So I think I knew early on that I definitely was a bit more artistic and liked to think outside the box a bit which I think in turn just naturally led me down this path. I actually think I wanted to be an actress at one point! I thought, that would be fun and actually ended up at a performing arts school and when I got there, I quickly realised that I definitely did not want to be an actress but I did love being around those kind of people that were creative. So, I guess I always knew I wanted to be in the media and entertainment industry, not so much television straight off the bat.

I went to Charles Sturt University in Wagga Wagga and did a Bachelor of Arts in Television Production. They had a great course with really great facilities. Uni was a good base for me  for figuring out what television was, what areas you could go into, what roles you could do and exploring all of those.

What was your first job in TV and how did you land it?

The university had a great set up where in your last year, they get all the major networks down to Wagga Wagga. So we had Channel 7, Channel 10, Chanel 9, SBS, Sky News all come down to essentially interview us for work experience. I was lucky enough to get a few of those placemets and I ended up getting a job at Sky News straight after of uni, I walked into a job from that as a Directors Assistant at Sky News.

Try to absorb and learn as much as you can from as many different people, so definitely from the different areas but also the people and their experiences and how they got into television and what they would suggest. I think as producers, we’re naturally curious anyway so just lean into that, ask the questions, don’t be afraid to sound a bit silly and naïve. Delve a bit deeper and ask why?! Just embrace everything that it offers you and have fun.

Want to hear more stories from the people behind the TV shows you love? Check out my interviews with Lighting Cameraman, Paul Webb or Sound Recordist, Nick Peterson.