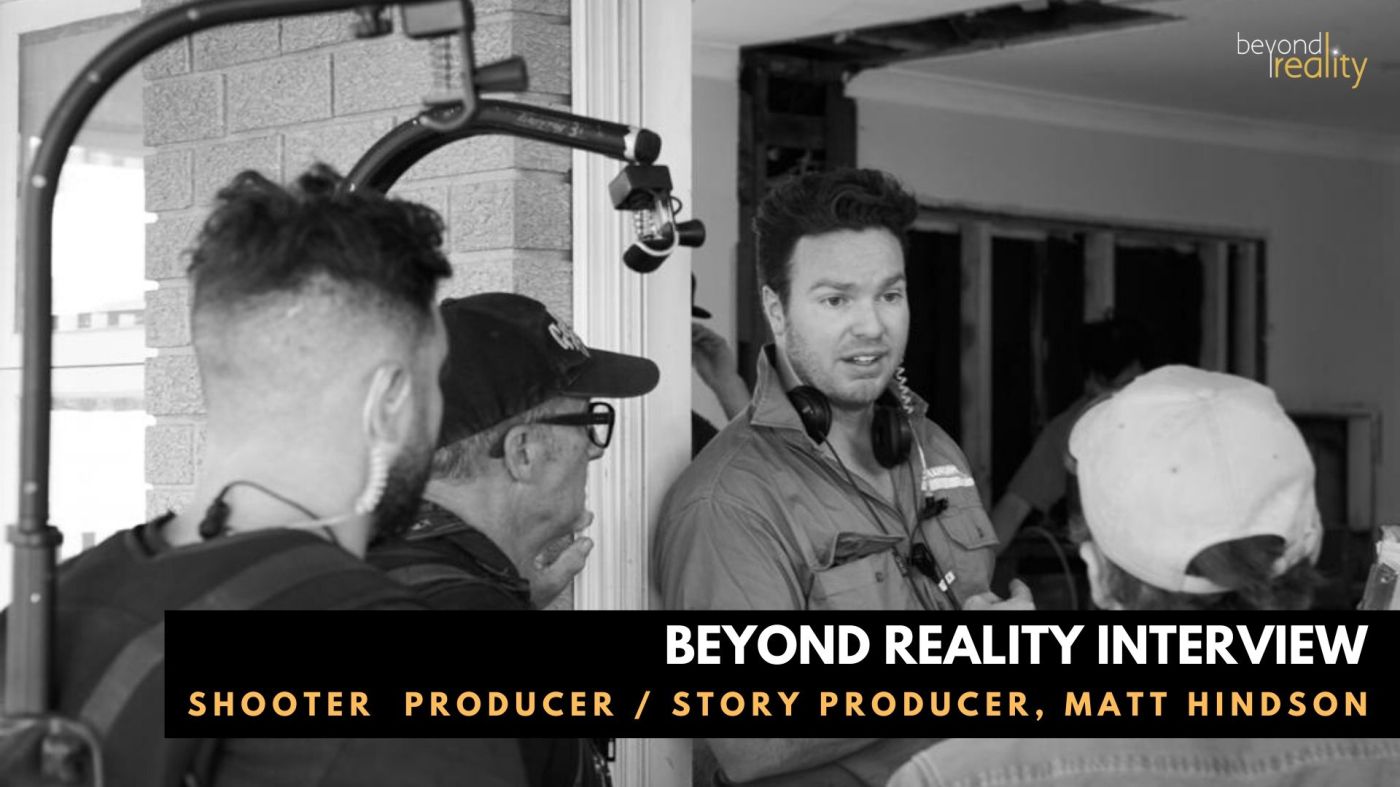 As part of the Beyond Reality interview series, I interviewed Matt Hindson, a story producer and shooter producer who has worked on shows such as Australian Survivor and Dancing with the Stars. He shared his story of starting out in TV and how he went from working in a network call centre to producing on some of Australia’s biggest reality formats.

Yeah I think I did! In high school I loved watching movies and TV shows and I always had a fascination of what went on behind the scenes. I had books on film-making and different types of cameras and ways of creating content and vision. I was doing media studies at school so I guess I did always want to work in TV!

I did a year-long TAFE course after high school – it was a Diploma in Television and Radio Broadcasting. It gave me a lot of hands on experience which was great. I also went on to study an AFTRS short course for Shooter Producers as a way of up-skilling when I was transitioning into Reality TV from my background in live sport producing.

What was your first job in reality TV and how did you land it?

My first job in reality TV was as a coordinator on Please Marry My Boy! It was a dating show where a guy was looking for a partner but his mum was the judge!

How long have you been working in TV?

I’ve been working in television for 14 years.

What different roles have you done in reality TV and how did you get to where you are now?

What is the weirdest thing you’ve done in television?

One of my first shooter producer jobs was on a dating show and the first day of filming, I needed to film a couple waking up in their bed together. Because it was so early in the morning, they left out a spare key for me and I had a let myself in, go into their bedroom and just start filming until they woke up! I think I was in their house at about 5:30am just standing in the corner of their dark bedroom. Just waiting for them to wake up at any moment! That was pretty weird…

My advice to someone wanting to get into TV would be to look for a university or a TAFE course because that’s where you’re going to meet like-minded people. I think doing a course, you can get some hands-on experience, so there’s going to be more doors open. Very rarely are there going to be entry-level jobs advertised online. I think if you can get some experience being on set and watching what crew do, that’s going to be very advantageous. Also just telling people in your social network what you want to do and what experience you’d like to get because you never know who you know who might know someone who might be looking for an intern or someone to help out on set in some way.

Want to hear more stories from the people behind the TV shows you love? Check out my interview with Interview with Lighting Cameraman, Paul Webb.

Matt Hindson is an Australian-based TV producer who has worked on shows including Dancing With The Stars, Gogglebox Australia, The Amazing Race Australia, Australian Survivor, The Super Switch, Seven Year Switch and House Rules.

One thought on “Interview with Shooter Producer and Story Producer, Matt Hindson”